About The Area THE ROYAL BURGH OF FORTROSE & ROSEMARKIE

Fortrose is a burgh in the Scottish Highlands, located on the Moray Firth, approximately ten kilometres north east of Inverness. The town is also known for its ruined 13th century cathedral, and as the home of the Brahan Seer. The Brahan Seer, or Coinneach Odhar, was gifted with "the sight" - an ability to see visions that came unbidden day or night. His prophecies were so impressive that they are still quoted to this day. At the height of his fame and powers, Odhar made his most notorious prediction which would ultimately cost him his life. Isabella, wife of the Earl of Seaforth and said, to be one of the ugliest women in Scotland, asked for his advice. She wanted news of her husband who was on a visit to Paris. Odhar reassured her that the Earl was in good health but refused to elaborate further. 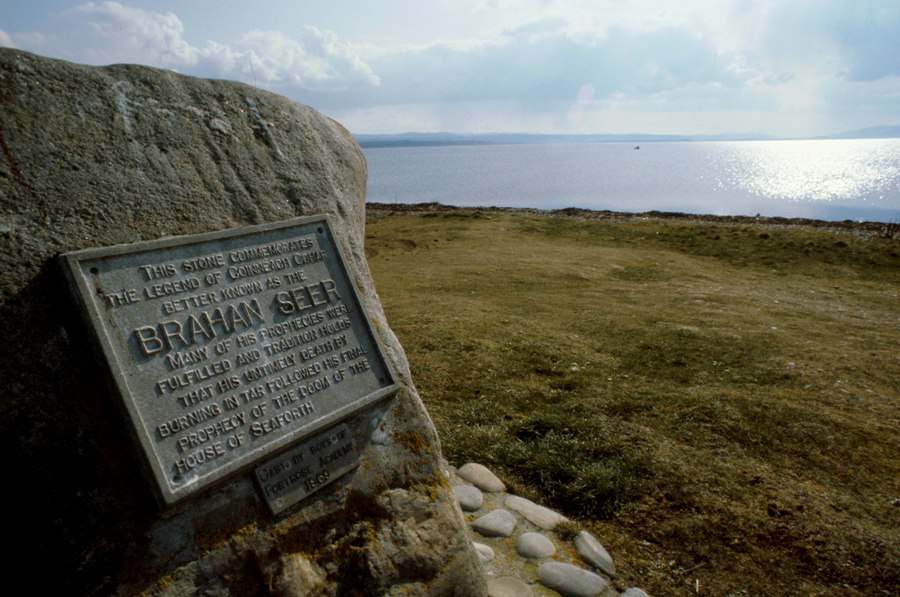 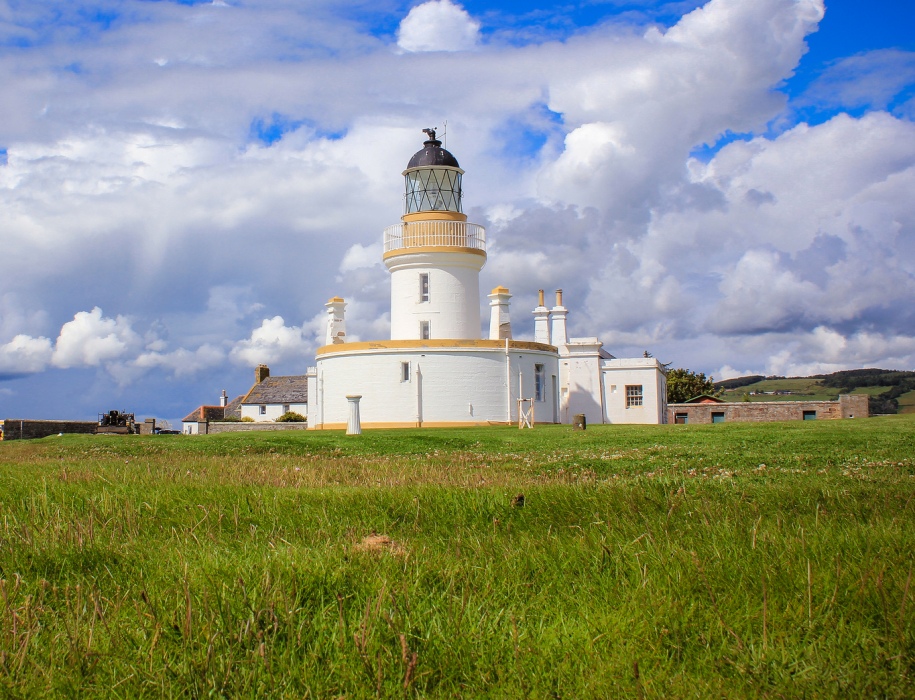 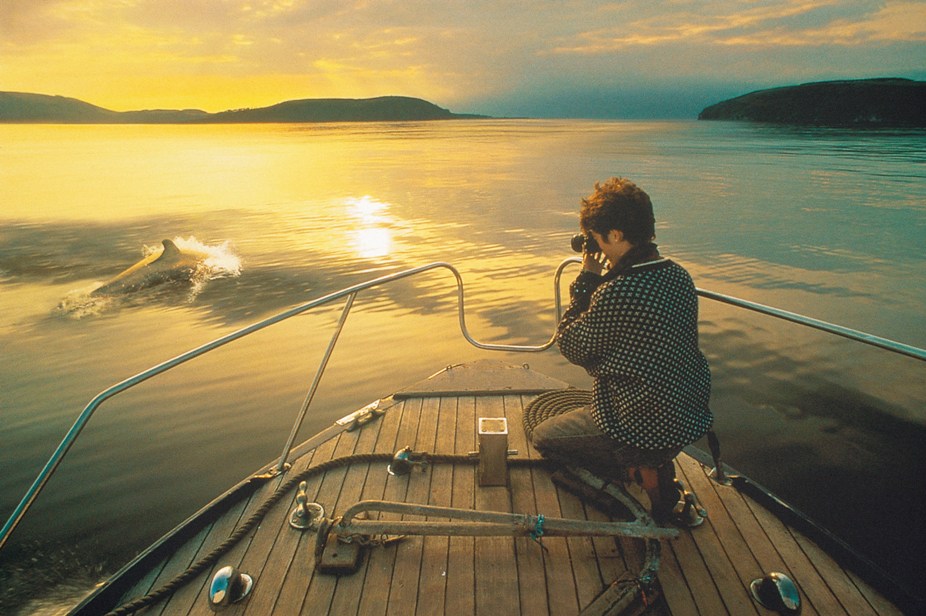 Dolphin in the Moray Firth

This enraged Isabella, who demanded that he tell her everything or she would have him killed. Coinneach told her that her husband was with another woman, fairer than herself and he foretold the end of the Seaforth line, with the last heir being deaf and dumb.(Francis Humberston Mackenzie was deaf and dumb, arising from scarlet fever as a child, inherited the title in 1783. He had four children who all died prematurely and the line came to an end). Isabella was so incensed by this that she had Coinneach seized and thrown head-first into a barrel of boiling tar. There is a stone slab by the light house at Chanonry Point, near Fortrose, that is said to mark the spot where he died. The inscription reads, "This stone commemorates the legend of Coinneach Odhar better known as the BRAHAN SEER - Many of his prophesies were fulfilled and tradition holds that his untimely death by burning in tar followed his final prophecy of the doom of the House of Seaforth." In the middle ages it was the Fortrose was the seat of the bishopric of Ross. The Fortrose Cathedral was largely demolished in the mid-seventeenth century by Oliver Cromwell to provide building materials for a citadel at Inverness.

The vaulted south aisle, with bell-tower, and a detached chapter house (used as the tollbooth of Fortrose after the Reformation) remain. These fragments, though modest in scale, display considerable architectural refinement, and are in the care of Historic Scotland (no entrance charge). The burgh is a popular location for spotting bottlenose dolphins at Chanonry Point in the Moray Firth and is reputed to be the best location on the United Kingdom mainland from which to see the dolphins. The lighthouse at Chanonry Point which was designed by Alan Stevenson was first lit 15 May 1846. Public buildings in Fortrose include a Leisure Centre, Library and the only secondary school on the Black Isle, which is named Fortrose Academy. The correct pronunciation of the town's name is with the stress on the first syllable. It should NOT be pronounced 'F'rt-ROSE', to rhyme with 'Montrose', which is a common mistake. Fortrose was a parliamentary burgh, combined with Inverness, Forres and Nairn, in the Inverness Burghs constituency of the House of Commons of the Parliament of Great Britain from 1708 to 1801 and of the Parliament of the United Kingdom from 1801 to 1918.

The constituency was abolished in 1918 and the Fortrose component was merged into the then new constituency of Ross and Cromarty. Fortrose also had a railway station until it was closed in 1960. Rosemarkie itself lies a quarter of a mile east of the town of Fortrose. The pair make up the Royal Burgh of Fortrose and Rosemarkie. Rosemarkie fronts on a wide, picturesque bay, with views of Fort George and the Moray coastline across the Moray Firth. Rosemarkie has one of the finest beaches on the Moray Firth Coast Line. Rosemarkie (apart from the course) is probably best known for its collection of finely carved Pictish stones, which is one of the largest in Scotland at a single site. These 8th-9th century sculptures, found in and around the village churchyard, are displayed in the Groam House Museum, a converted 18th century town-house on the High Street (open in summer; entrance charge). These carved stones are evidence for a major early monastery at Rosemarkie, founded by, or associated with, Saint Moluag (d. 592) and Boniface, otherwise known as Curetán (fl. early 8th century). The sculptures include cross-slabs, shrine fragments and architectural pieces. One small fragment of a stone from Rosemarkie is in the Museum of Scotland in Edinburgh. Fortrose & Rosemarkie also have some fine public bars, the Anderson Hotel and an array of shops to attract many a visitor to the area and not just for the golf or for a bit of dolphin spotting.