Fortrose & Rosemarkie Golf Club has over the last few years achieved much success and received recognition in team competitions.

Fortrose and Rosemarkie Golf Club beat Inverness Golf Club at the 20th hole in the final of the Northern Counties Cup men's double club foursomes tournament at Tain Golf Club on Saturday. Fortrose's Allan Cameron and his nephew Lewis Reid, the second couple, were six ahead of Inverness's Bryan Fotheringham and David Joel after nine holes but they were brought back to only four after 15 holes. At the same stage the Fortrose & Rosemarkie first pair, Mike MacDonald and Chris Gaittens, were three down to the Inverness first pair of John Forbes and David Sanderson (the same first pair when Inverness won at Tain in 2008).

When still four down Fotheringham and Joel surprisingly offered 8 foot putts for halves on the 16th green and it backfired when Fotheringham bunkered his tee shot to the 17th green to go five down and the 114 year old trophy looked lost in normal time however, Cameron went into the water hazard from the 18th tee. Although Reid played out from it, it still took them four to reach the green and give a hole back to finish four up after 18.

With the Fortrose first pair also finding rough from the final tee, Inverness's Forbes and Sanderson also won the 18th hole to level the game at +4 and -4. Fotheringham and Joel had a chance to win the first extra hole but they missed their putt from 25 feet while Fortrose & Rosemarkie Golf Club’s second pair of Cameron and Reid then had a chance to win the match but they missed from three feet after the first pair had halved in four after playing the 19th hole.

At the second extra hole, both the first pairings missed the green with their second shots. Mike MacDonald then pitched stiff from 30 feet away which left Inverness a tricky 6ft putt for a half, which they missed giving Fortrose & Rosemarkie Golf Club the edge. After the Inverness second string of Fotheringham and Joel missed the green Reid hit his second shot to 15 feet, setting up the overall victory for Fortrose and Rosemarkie with a two putt par.

In the morning semi-finals, Nairn Dunbar, conquerors of title favourites Newmachar, winners of the trophy three times out of the previous four years, were beaten by Inverness by two holes. Fortrose & Rosemarkie Golf Club proceeded to beat Tain Golf Club by four holes in the other semi-final. Fortrose and Rosemarkie won the Northern Counties Cup in 2002 and again in 2006. Allan Cameron was in the Inverness team that won six years ago at Tain. He has now moved his home club handicap back to his home village and as such plays for Fortrose & Rosemarkie Golf Club.

Mike MacDonald is the Fortrose & Rosemarkie Golf Club Secretary and a key player in his Club's last two Northern Counties Cup wins in 2002 at Tain and 2006 at Royal Aberdeen. The third win for Fortrose & Rosemarkie Golf Club within 12 years has capped a fine year for the club. Just a week or so ago Mike MacDonald and the Match & Handicap Convener, John Jack won the Belhaven Best Captain's & Secretaries National Grand Final at Crail Golfing Society with better ball score of 63.. 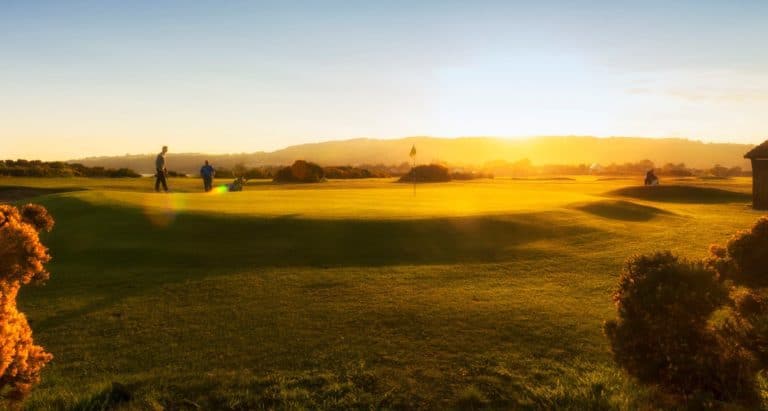 MacDonald, the Club Secretary and Jack, the match and handicap convener, dovetailed to perfection as the Highland club took the title for the first time, finishing four shots clear of the Turnhouse duo of Douglas Sime and Lindsay Gordon, who combined for a net 67. Strathaven took third place with a 68, edging out former champions Duddingston courtesy of the better inward half, on a glorious sunny and calm day in the East Neuk of Fife, with the speedy greens of the Craighead course proving a testing challenge for the field.

Scratch player MacDonald, playing in his fourth final, attributed his team’s success to consistency from both players throughout the round:

“We gelled really well out there today and it helped having a practice round yesterday to get to know the course. We were both in play on nearly every hole so we gave ourselves good chances, and I managed to knock in quite a few birdies.

“I’ve been to a few Captains and Secretaries finals so its nice to finally win one – it must be down to my partner John! We only just scraped through the regional final so probably weren’t expecting to win, but it’s great to be crowned champion of what is a great national event on a superb golf course.”

The win caps a fine year for Fortrose & Rosemarkie, who’s fantastic work in developing grass roots golf in their community earned them the title of RBS Junior Club of the Year at the Scottish Golf Awards back in February.

The trio won by one shot with a team total of 286 (Chris Gaittens 73-69, Mike MacDonald 71-73 & Allan Cameron 75-83) made up of the best two from three scores for each round played as part of the 36-hole event. The team representing the North went on to play in the Scottish Club Championship Final at Luffness New Golf Club on Sunday, 29th September 2013 and finished in 7th place.

Fortrose & Rosemarkie just missed out on winning the now 112 year old Northern Counties Cup – one of the oldest golf tournaments on the golfing calendar – for the third time time in the last decade at Royal Aberdeen Golf Club after they were beaten in the final by McDonald Ellon Golf Club who had three full-time players/internationalists and one ex-pro on their team. The team consisted of Mike MacDonald, Chris Gaittens, Allan Cameron and Lewis Reid. On their way to the final the quartet beat teams from Murcar Golf Links, Orkney, Muir of Ord and Nairn before meeting McDonald Ellon in the final of the men’s double foursomes match-play event over the Balgownie links (Royal Aberdeen).

Fortrose & Rosemarkie Golf Club went with the same team which proved to be so successful in 2011. Playing 36 holes over the Moray Old Course, the team of Mike MacDonald (77 & 68), Chris Gaittens (76 & 77) and Lewis Reid (73 & 81) finished runners-up behind Inverness Golf Club therefore just missing out on representing the North District for the second year in a row with the Scottish Club Championship Final taking place at Arbroath Golf Club on the 30th September 2012.

The trio won by five shots with a total of 275 (Mike MacDonald 71-68, Lewis Reid 75-68, Chris Gaittens 68-69) made up of the best two from three scores each for each round played as part of the 36-hole event. The team representing the North went on to finish 11th in the Scottish Final in September of that year.

Chris was the first player from the Club to represent Scotland and played in the Boys Home international matches against Ireland, England and Wales from the 7th-9th August 2007.

Fortrose & Rosemarkie won the now 106 year old Northern Counties Cup – one of the oldest golf tournaments on the calendar – for the second time in four years at Royal Aberdeen Golf Club. Fortrose on their way to the final beat teams from Peterhead, Banchory, Royal Dornoch and Duff House Royal before meeting Torvean in the final of the men’s double foursomes match-play event over the Balgownie links (Royal Aberdeen).

Fortrose’s lead-off pairing of Club Secretary, Mike MacDonald and 15-year-old Lewis Reid finished three holes up in the final before the second pairing of Robbie MacKay and Andrew Brown finished their match all square.

Fortrose & Rosemarkie Golf Club won the Northern Counties Cup for the first time in 2002. The team consisting of Mike MacDonald, Johnston Bellshaw, Willie Donnelly and Corin Stewart saw off teams from Royal Aberdeen (teams one and two), Duff House Royal and Cruden Bay before defeating Inverness Golf Club in the final with the pairing of Mike MacDonald and Johnston Bellshaw winning by five holes to beat the team from Inverness by one hole overall. This was the first time in the 102 year history of the Northern Counties Cup that the Club had won it.