The finest young golfing talent from Europe and the United States played for the Friendship Bowl at Gleneagles on Wednesday, 24 September 2014 following the conclusion of the 2014 Junior Ryder Cup at Blairgowrie. 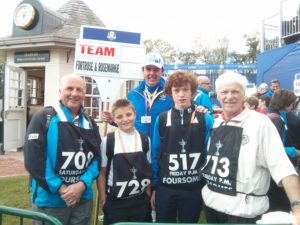 The 12 European juniors and their 12 American counterparts were split into six teams of two girls and two boys - one each from Europe and the United States. Each team was named after the finalists at the recent Scottish Golf Awards Ceremony and included Fortrose & Rosemarkie Golf Club where we won the Junior Club of the Year Award in February of this year.

The Friendship Bowl was a chance to showcase the combined skills from both teams on the setting of The 2014 Ryder Cup, and it also gave the young players the opportunity to meet their golfing idols.

The Junior Ryder Cup has been the platform from which a number of successful professional careers have been built and began in 1997, two years after the idea came about at an exhibition match featuring European youngsters against a team from Central New York PGA Section. 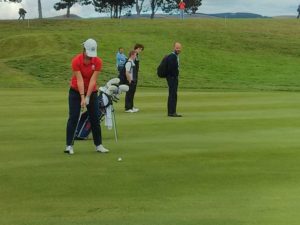 Sergio Garcia was part of the 1995 team, Rory McIlroy played in the 2004 team and Suzann Pettersen participated in the 1997 and 1999 teams before becoming Norway’s top female golfer and playing in five Solheim Cups.

Other notable names to have played in a Junior Ryder Cup are Englishman Oliver Fisher, Italian Matteo Manassero and American Hunter Mahan, who was part of the victorious United States Team in 2008. 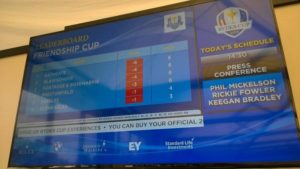 The contest celebrates the progress and hard work taking place at the grass roots level of golf, which helps talented young players develop into national team amateurs and some even to The Ryder Cup itself, as Garcia, McIlroy and Mahan have done.

As you can see from the picture below, Fortrose & Rosemarkie finished a creditable five under par over 9 holes. Alistair Tait and Malcolm McArthur (coaches), Ben Patience and Mac Campbell (Juniors) walked the fairways with their team at Gleneagles that very day (pictures above). Two of our other Junior ClubGolf members in Coinneach MacLeod and Rognvald MacLeod (as pictured below with the scoreboard) were also in attendance and had a great day. 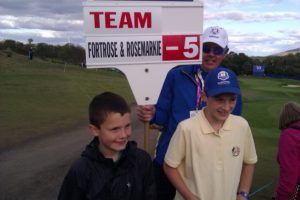