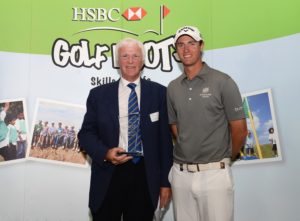 The Golf Foundation President’s Awards on Wednesday (21st of May) celebrated some of the “heroes of junior golf” who have given their time and enthusiasm to provide young people from all backgrounds and abilities with a start in the game.

Held in the perfect setting of Wentworth Club’s Ballroom, a packed audience from the world of golf heard the stories of nine award winners and their projects, featuring the volunteers, PGA Professionals, junior organisers, schoolteachers and local authority officers who all help to develop the golfers and leading players of the future.

Chairman of the Golf Foundation, Charles Harrison, gave special mention to the generosity of The European Tour and Wentworth Club for providing the stage, and also to one of the ceremony’s guests of honour, Ryder Cup player Nicolas Colsaerts, who kindly presented each of the awards on the day. Nicolas was one of the heroes on his Ryder Cup debut in 2012 as he and Lee Westwood beat Tiger Woods and Steve Stricker in the Friday fourballs, the Belgian star carding eight birdies and an eagle of his own in that match.

Charles Harrison said: “So many of us remember the wonderful effort of Nicolas at Medinah. We could wish for no better golfer to present our awards today as he and the rest of Europe’s Ryder Cup Team will have been a huge inspiration to a new generation of young golfers and also to all those who work in the sport.” Leading the ceremony, Golf Foundation Chief Executive Mike Round said: “Every year we organise this event so we can highlight the incredible work of the people at the grass roots who make it possible for children and young people to experience golf and the benefits it has to offer.

“There could not be a better time or place to do this – here at one of the most impressive golf venues in the country, which is also the home of The European Tour, one of our greatest supporters, and on the eve of the BMW PGA Championship itself.

“In the newspapers over the next few days, we will read about the incredible ability of the golfers taking part at Wentworth this week. It is however worth remembering that the efforts and achievements of our award winners are equally impressive, albeit in a different way. Without these dedicated, heroes of junior golf, many of golf’s star players would never find their game, and thousands of other young people would miss the chance to enjoy this great sport.” A number of golf’s biggest names were present to applaud the winners, many of whom are volunteers, and who all support the Foundation’s aim to make the game more accessible to children in schools, communities and golf clubs through its ‘HSBC Golf Roots’ programme. 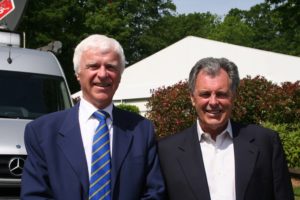 The Gallacher Award is for an exceptional volunteer and Alistair Tait at Fortrose and Rosemarkie Golf Club wins the accolade. Supporting the coaching there since 2005, Alistair is now Coaching Coordinator of the junior section, seeing this rising from 94 to 131 in 2013.

Alistair secured funding to develop the practice facilities and set out a three-hole mini-course on the practice ground for the younger juniors. Coaching numbers in 2013 were exceptional with 80 children signing up after Easter and a total of nine trained coaches taking regular one-hour sessions.

Attention to detail is a key. Alistair purchased and fitted mirrors to the storage shed on the practice area as a teaching aid, and painted the three covered bays himself. The club’s reputation led to a visit from the French Golf Federation to experience its methods, and the club was the first without a PGA Pro to be awarded the status of a Scottish Golf Development Centre. Mike Round said: “Teams need leaders and Fortrose and Rosemarkie’s junior programme has one of the best.” 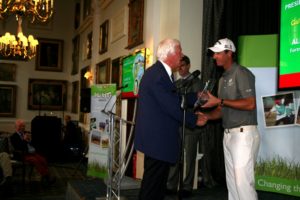 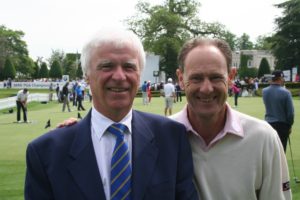